Ray Woods has undertaken a comprehensive review of the dependency of lichens on ash in these two vice-counties of Wales, and the likely implications if Ash Chalara Dieback disease become prevalent. 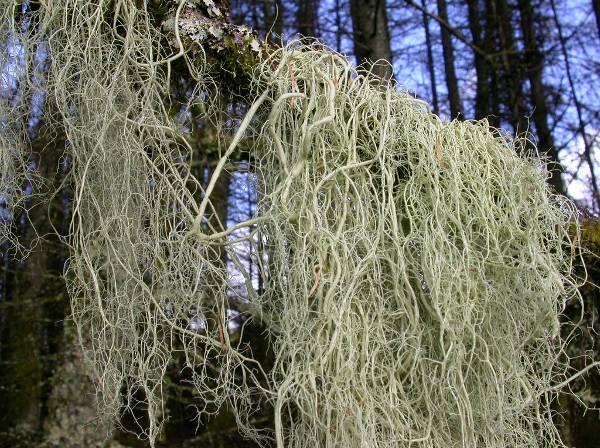 Usnea articulata is included on Section 42 of the NERC act, making it a species of “principal importance for conservation of biological diversity in Wales”, because of its rarity in Wales and the significant loss of historic sites. But  it now appears to be undergoing an astonishing resurgence, in South Wales at least, with the discovery of more than 20 new sites in the last 5 years. Sam Bosanquet from the Countryside Council for Wales has just produced a new report detailing the recent discoveries of new populations of Usnea articulata in South Wales.

The new BLS website is NOW LIVE at www.britishlichensociety.org.uk. 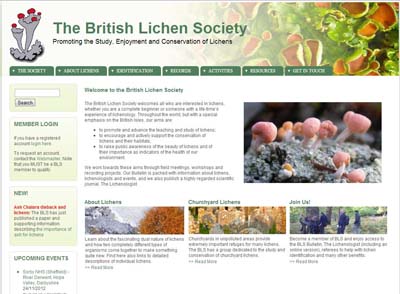 As well as information on the Society and its publications, it also includes many new features, such as pages on lichen biology, habitats, communities and identification. The Records pages include guidance on making and submitting records, and also has links to the NBN Gateway so you can explore our database online and find the detailed records for a particular site. The Activities section covers various projects and surveys. Look out for the interactive maps of churchyard surveys and Lobaria "last seens", both supported by downloads of the information shown. An interactive Events Calendar provides information on lichen-related events (field meetings, workshops etc.) organised by the BLS and other organisations. Resources include the catalogue of BLS publications and other items for sale, the grey literature, and project resources for schools and students. There is also a Taxon Dictionary (a searchable database of names and synonyms with BLS numbers and conservation status) and a Bibliographic Database. A few species accounts have been included as examples of what may be developed in the future, if people think they will be useful.

Lichens and lichenologists on BBC Radio 4