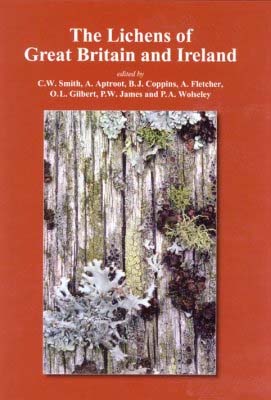 Beginners may experience difficulty in its use and it is largely unillustrated. It is, however, a complete treatment, including keys to genera and all species known at the time. A separate key is provided to sterile crustose species. Brief distributional data are provided together with a detailed description of each species. 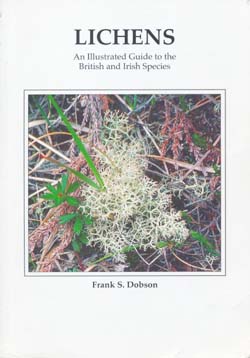 The best introduction is Lichens, An Illustrated Guide by Frank Dobson, published by Richmond Publishing Co. Ltd. Select the latest edition (6th Edition, full-colour, with revised distribution maps was published in 2011). It is well illustrated and includes almost all of the common Welsh Lichens.

Frank Dobson has also produced a CD Lichen Identifier with a printed guide to its use. Version 3 was produced in 2008 and is available from the author at 57 Acacia Grove, New Malden, Surrey, KT3 3BU. It provides a multi-access key with distribution maps and some colour illustrations. 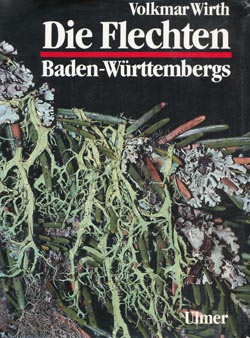 Die Flechten Baden-Württembergs by Volkmar Wirth is an illustrated lichen "flora" of S. Germany. The photos are superb and many of the species illustrated occur in Wales. Out of print but can be found second-hand at reasonable price. Two versions exist - a single volume published in 1987 and a later, expanded, 2-volume set.  The text is in German but an English translation is available for download as PDF (see below): 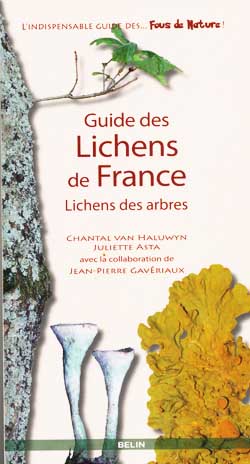 The Guide des Lichens de France by Chantal van Haluwyn & Juliett Asta is a useful little book covering a limited range of species but with very good illustrations and identification notes (including tables comparing characters of similar or related species). In French, but if you have a modicum of the language you should get by.

Cladonia: A field Guide. Hodgetts, N.G. (1992). An illustrated and very user-friendly guide to this large genus of lichens.

A Key to Crustose Pyrenocarpous Lichens on limestone and Associated Substrata (Excluding Aquatic and Marine Habitats). Coppins, B. J. (1984). British Lichen Society Bulletin No 54: 36-45.  A very useful key by to what so often appear to be "little black dots" and associated species

A Key to British Sterile Crustose Lichens with Trentepohlia as Phycobiont. James, P. W. and Coppins, B. J. (1979). Lichenologist 11: 253-262. Sterile crustose species with the orange-coloured alga (Trentepohlia) as a phycobiont can be identified using this key.

A Key to Sterile, Crustose, Saxicolous and Terricolous lichens of the British Isles. Fryday, A. and Coppins, B. J. (xxxx). Lichenologist 29: 301-332.

Aide Memoire: Usnea. James, P. W. (2003). Published by the British Lichen Society and is essential for anyone undertaking the identification of species in this genus.

A Key to Lichen-forming, Parasitic, Parasymbiotic and Saprophytic Fungi occurring on Lichens in the British Isles. D. L. Hawksworth (1983). Published by the British Lichen Society, being a reprint from the Lichenologist 15: 1 -44 (1983). This field of study has rapidly moved on in recent years and this work now badly needs updating. Use it with caution as many species reported from a single site or host have now proved to be widespread. Smith et al (2009) op.cit. also treat many species. An introduction to these fungi is provided by a paper of D.L. Hawksworth in British Wildlife.  D.L. Hawksworth also provides an up to date check list in his paper:- “The lichenicolous fungi of Great Britain and Ireland: an overview and annotated checklist”. (2003). Lichenologist 35: 191-232.

Lichens of Specific Habitats or Substrates