Protocols have been developed for the conservation assessment of both individual lichen taxa and sites hosting lichen communities. Conservation assessments are used to prioritise protective measures (e.g. inclusion of a species on Schedule 8 of the Wildlife & Countryside Act; designation of a site as Site of Special Scientific Interest etc.). 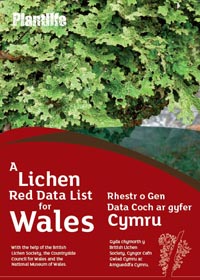 Published by Plantlife, with support from the British Lichen Society, Countryside Council for Wales, Welsh  Government and the Wales Biodiversity Partnership.

Using widely accepted international criteria (IUCN) and data collated by the British Lichen Society a Welsh regional threat status is offered for all Welsh lichens and allied fungi for the first time. The threat status of Welsh species is compared with threat in the previously published Conservation Evaluation of British lichens (see below).

To view a PDF of this document in your web-browser, click on the link below with your left mouse-button; to download the PDF, right-click and then select "Save Link As" (this phrase may vary depending on which browser you use).

Errata: Please note that there should be a "P" (to indicate UKBAP priority) against the following species in the Red List: Collema fragrans, Usnea florida and Wadeana minuta. 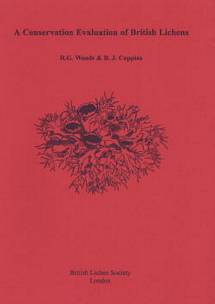 Individual evaluations of all the British taxa using the IUCN Red List categories and criteria, together with details of whether taxa are specially legally protected by inclusion on Schedule 8 of the Wildlife and Countryside Act, whether they are on the UKBAP and/or Section 42 lists, and whether Britain has an international responsibilty for the taxa. Brief descriptive accounts are given for selected taxa. An updated version is in the final stages of preparation and should be available in Autumn 2011.

The current version can be purchased from the British Lichen Society , from Summerfield Books or from NHBS.

An updated 2012 edition is available as a PDF via this link: 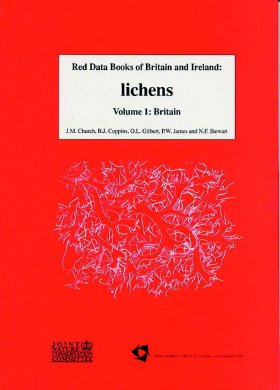 Although now rather outdated and superseded by the "Conservation evaluation" this publication nonetheless is still of use for its accounts of some of the rarest species in Britain.

Francis Rose developed the concept of indices of ecological continuity (IEC) for epiphytic lichen sites. The original list was revised (RIEC) and further developed into a new index (NIEC) with parallel indices for geographically restricted areas. The higher the score the less disturbance a site is considered to have suffered.

An excellent compilation and review of these indices is provided in: 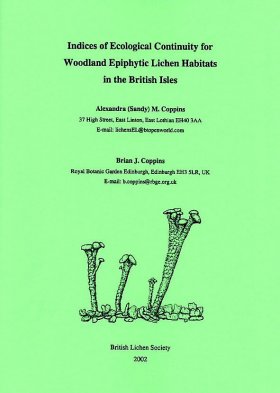 Using these indices and total species diversity, the British Lichen Society has evaluated and graded over 1700 epiphytic lichen sites, many in Wales. Their results are presented in 2 reports:

The Revised Index of Ecological Continuity (RIEC) is explained in:

and has been widely used since.

Details of the New Indices of Ecological Continuity (NIEC) are provided in:

Temperate forest management: its efforts on bryophyte and lichen floras and habitats. Rose, F.  In: bryophytes and lichens in a changing environment, J. W. Bates and A. M. Farmer (Eds) Oxford, Clarendon Press. (1992)

A Census Catalogue of Welsh Lichens. R.G. Woods and A. Orange  National Museums and Galleries of Wales, Cardiff. (1999)

Individual lichen taxa, as well as lichen communities, can qualify a site as an SSSI. To guide site selection, and to encourage a consistency of approach across the UK, SSSI selection guidelines have been drawn up for many broad groups of organisms. Lichens are covered in the “non-vascular plants” SSSI guidelines, last updated by N.G. Hodgetts in 1992. Criteria for individual taxa are based largely on either the inclusion of a lichen on Schedule 8 of the Wildlife and Countryside Act, or the listing of a lichen as “RDB” (Red Data Book). Groups or “assemblages” of lichens, are assessed in two main ways: a) whether they score highly on one of the Indices of Ecological Continuity for epiphytic lichens (see above); b) whether they achieve or exceed a threshold value based on a scoring system: Schedule 8 species score 200, RDB species score 100, Nationally Scarce species 50. In addition, various species in various categories of "oceanic" species score 5 or 10 points. These guidelines are babdly in need of updating, and the associated tables should be treated with caution - for example, there have been considerable changes in the Nationally Scarce list since 1992.

An evaluation of British lowland heath, dune and machair sites is provided by the British lichen Society in a contract report

Lichen Habitats – Lowland Heath, Dune and Machair -a survey and assessment by the British lichen Society. Report (HF 3/03/266) to NCC (1984)